Aurora Borealis and its southern counterpart Aurora Australis are one of the most beautiful displays that nature puts on display. What exactly are these magnificent glowing stripes that light up the night sky?

The Auroras can display several different colors in the spectrum of visible light. Most common color is green but also blue, red, and yellow have been observed. Where do these different colors arise from?

Upper layers of earth’s atmosphere are made mostly out of nitrogen and oxygen. The source of most of the colors is atomic oxygen. Nitrogen plays a small part in green and the main part in blue. These particles are excited by incoming radiation and will emit radiation in the visible light spectrum. The colors occur at certain wavelengths:

Aurora gazers most often face the green polar lights. Two facts make the green auroras most common. Firstly, our eyes have a high sensitivity to green. Our eyes have developed a lower sensitivity for higher wavelengths, i.e. red. Secondly, there’s a rather high concentration of oxygen atoms in the atmosphere. 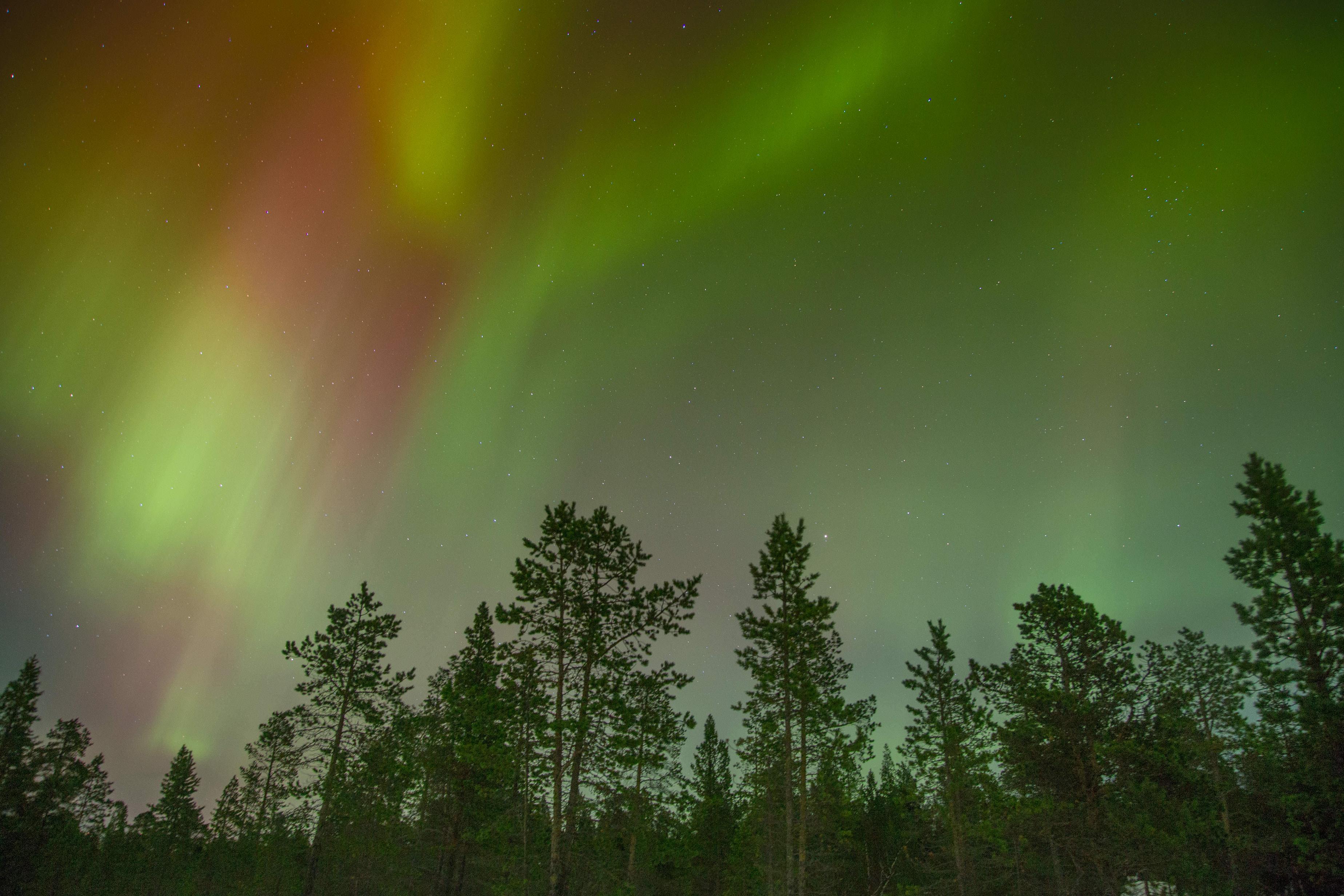 The most pressing question is where can we see these beautiful displays of lights? As mentioned earlier auroras can be viewed on the both poles of the earth. They are the most prominent throughout the year closer to the polar regions. Almost any time of the year auroras can be witnessed north of the 70° latitude in the northern hemisphere and south of 70° latitude in the southern hemisphere.

How does one know when to expect them? Luckily, there are websites for institutes and radars that predict and monitor the solar activity that reaches our atmosphere.

However, it doesn’t stop there. One can even subscribe for an email alerts through different providers.

Darker nights and evenings provide an excellent chance for a glimpse of magic on the night sky. The less light polluting, the better views. Treat yourself a night in the bush and happy hunting!