Darwin’s theory of evolution was based on observations of beautiful species of mockingbirds between the mainland of South America and the Galapagos islands. But there’s many facets of evolution.

The following may make you question what nature was doing when it let these creatures evolve but there’s method in the madness. Here’s some weird examples of evolution.

All four species of echidna (and the platypus) found in Australia are a type of mammal known as a monotreme. 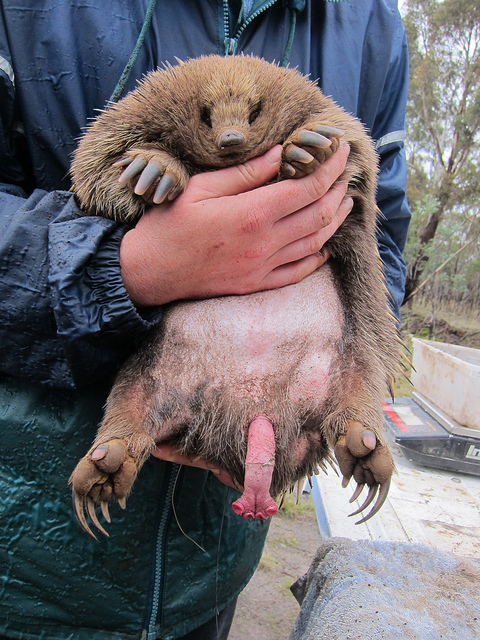 I could talk about how monotremes all lay eggs (an intermediate step between reptiles and mammals); I could talk about how they don’t have nipples and milk is produced from glands on the chest where the young have to lick milk off their mother’s chest hair, but I won’t because these aren’t the weirdest things about echidnas.

I know what you’re thinking: “…what”? The exact purpose of this intimidating appendage is still unclear as echidnas in captivity rarely mate and echidnas are seldom caught in the act in the wild. The current thinking is that females mate with up to ten males during mating season. The males quadruple their chances of producing puggles being their own by using two heads for attempt one and the other two for round two. Evolution, after all, favours those who are most adaptable, and if two heads are better than one, then four heads must be a real winner!

That’s a weird name for a fish, right? Nope. Spot on. Perfect name. In fact, it’s been featured on countless lists for ugliest animal in the world!

The blobfish may look like a waxwork caricature of the ugliest human left to melt in the sun but the blobfish (real name Psychrolutes marcidus) should look a lot more like this. 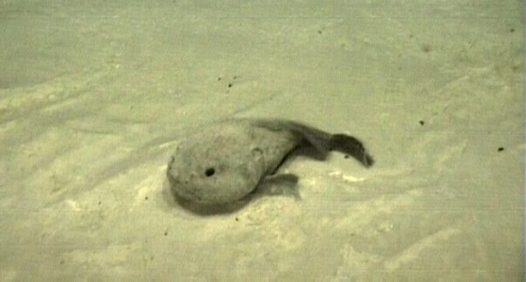 Blobfish are found in very deep parts of the ocean. There is so much pressure at that depth a human would feel as if a passenger aircraft was parked on top of them. Even at these depths, blobfish won’t win any beauty pageants.

To survive in these pressures, the blobfish body evolved as a living, carnivorous gel rather than one of muscle and bone. This avoids the need for a gas-filled swim bladder and gives just enough buoyancy to float above the ocean floor. However, when caught in deep-sea trawler nets and brought to the surface the pressure is so much less that the gel-like body of a blobfish starts to look something a troll would sneeze out after a particularly nasty cold.

Although we humans consider ourselves the pinnacle of evolution, there are aspects of our existence which show evolution and adaptation isn’t perfect.

Why is it that mothers run the risk of being painfully being ripped apart during childbirth? It is only with modern technology and medicine (procedures like Caesarean sections) that we’ve been able to prevent the death of mothers during childbirth in developed countries.

Our ancestors the neanderthals walked much more hunched and their spine resembled a C-shape which eventually leads up to modern day humans with an S-shaped spine. This evolution freed up our hands up to do amazing things like wield tools and take selfies. But lower back pain continues to be a major disease burden to the human population. In fact, it’s the 3rd leading cause of disease burden in Australia.

No matter how much the products of evolution may make us scratch our heads in puzzlement, we can always rest assured that these things have happened for a reason and evolution will always allow the best of that species to survive, and if that means I have to feel emasculated by an echidna, grossed out by a blobfish or put my mum’s life in jeopardy just by being born, then so be it – for the species, we evolve!

Kelly Wong
Online producer at Australia's Science Channel. I have a background in immunology, food blogging, volunteering, and social media. I'm passionate about creating communities on social media and getting them excited about science. I enjoy good food and I am on an eternal mission to find the best ice cream. Find me on Twitter @kellyyyllek