Galaxies across the universe are dying. They’re being violently stripped of the gas that gives birth to new stars. Starved of the source of new star formation, the existing stars grow old and cool down, and eventually the galaxy dies.

“It’s like a giant cosmic broom that comes through and physically sweeps the gas from the galaxies” says Toby Brown, PhD researcher at International Centre for Radio Astronomy Research (ICRAR). As galaxies move through the universe, they pass through halos of dark matter which they experience as “wind” in the same way you might feel wind pressing on your face as you ride your bike. But unlike the gentle breeze on your face, the wind from the superheated intergalactic plasma between galaxies rips all the gas out of the galaxy in a process that even sounds like it would hurt called ram-pressure stripping.

The new research, which analysed 11,000 galaxies, shows that this gas stripping is potentially the main way galaxies are shut down by their environment. 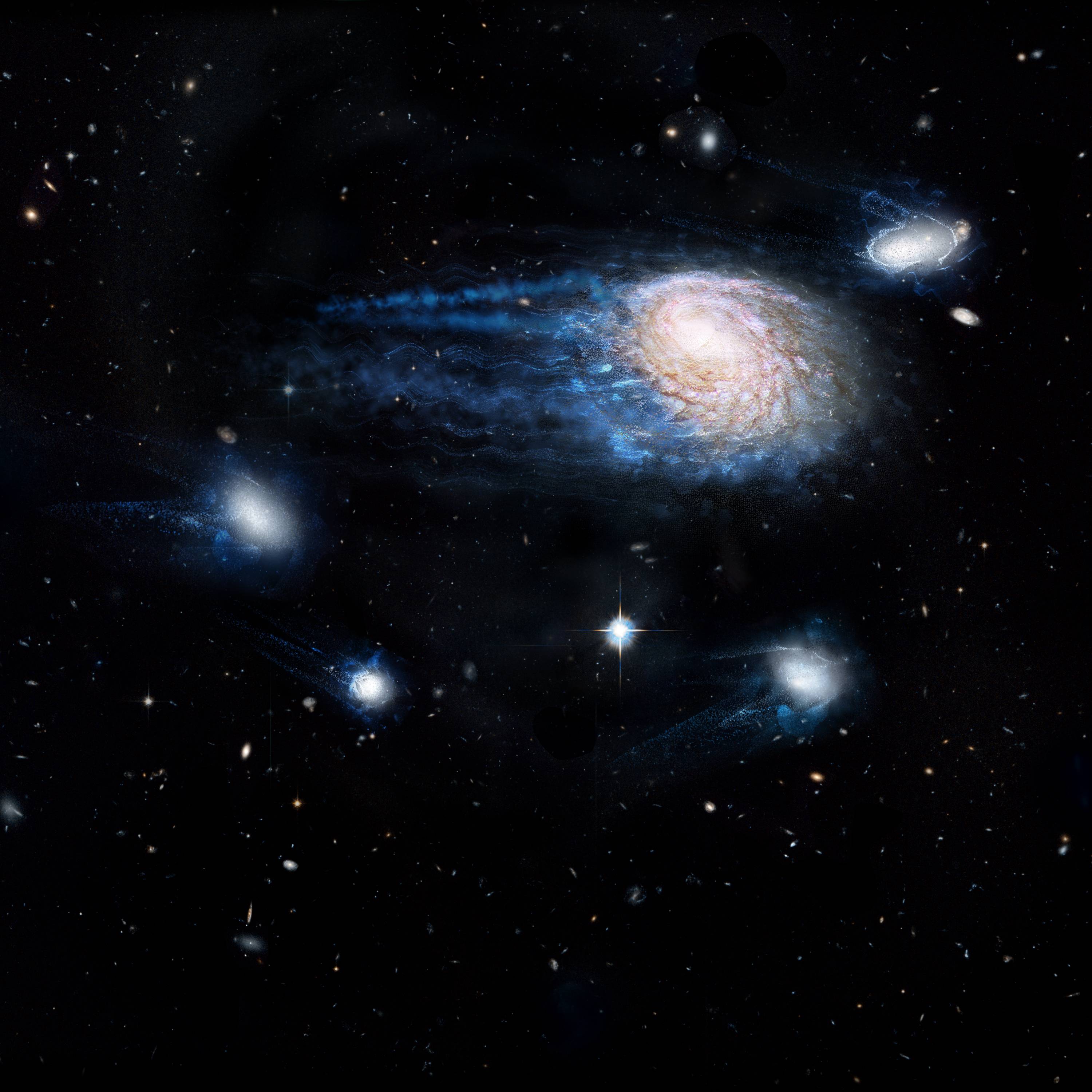 An artist’s impression of the increasing effect of ram-pressure stripping of galaxy NGC 4921. Stripping removes gas—the raw fuel for star formation—and could be the dominant way galaxies are killed by their environment, sending them to an early death. Credit: ICRAR, NASA, ESA, the Hubble Heritage Team (STScI/AURA)

If they’re not having their gas violently ripped from them, the other way to kill a galaxy is through strangulation.

“Strangulation occurs when the gas is consumed to make stars faster than it’s being replenished, so the galaxy starves to death,” says Toby Brown.

“It’s a slow-acting process. On the contrary, what ram-pressure stripping does is bop the galaxy on the head and remove its gas very quickly—of the order of tens of millions of years—and astronomically speaking that’s very fast.”

Ben Lewis
Ben Lewis is the Editor of Australia’s Science Channel, and a contributor to Cosmos Magazine. He has worked with scientists and science storytellers including Jane Goodall, Dr Karl, Brian Cox, Chris Hadfield, Robert Llewellyn, astronauts, elite athletes, Antarctic explorers, chefs and comedians. Ben has also been involved in public events around Australia and was co-writer, producer and director of The Science of Doctor Who, which toured nationally in 2014 in association with BBC Worldwide Australia & New Zealand. Want more Ben? You can hear him on ABC and commercial radio in Adelaide, regional SA, across NSW, and the ACT. He also speaks at universities around Australia on communicating science to the public. Around the office he makes the worst jokes known to mankind.