All The Colours Of The Universe

Gazing up at the night sky can be an awe inspiring experience, seeing thousands upon thousands of stars, pinpricks of light in a black sky.

But what if we could see more than just visible light? Now we can, thanks to research from the The International Centre for Radio Astronomy Research (ICRAR). They’ve released the most comprehensive survey of the sky, which has catalogued 300,000 galaxies observed by the Murchison Widefield Array (MWA) radio telescope, located in remote Western Australia, one of the ‘darkest’ radio-quiet spots on the planet. 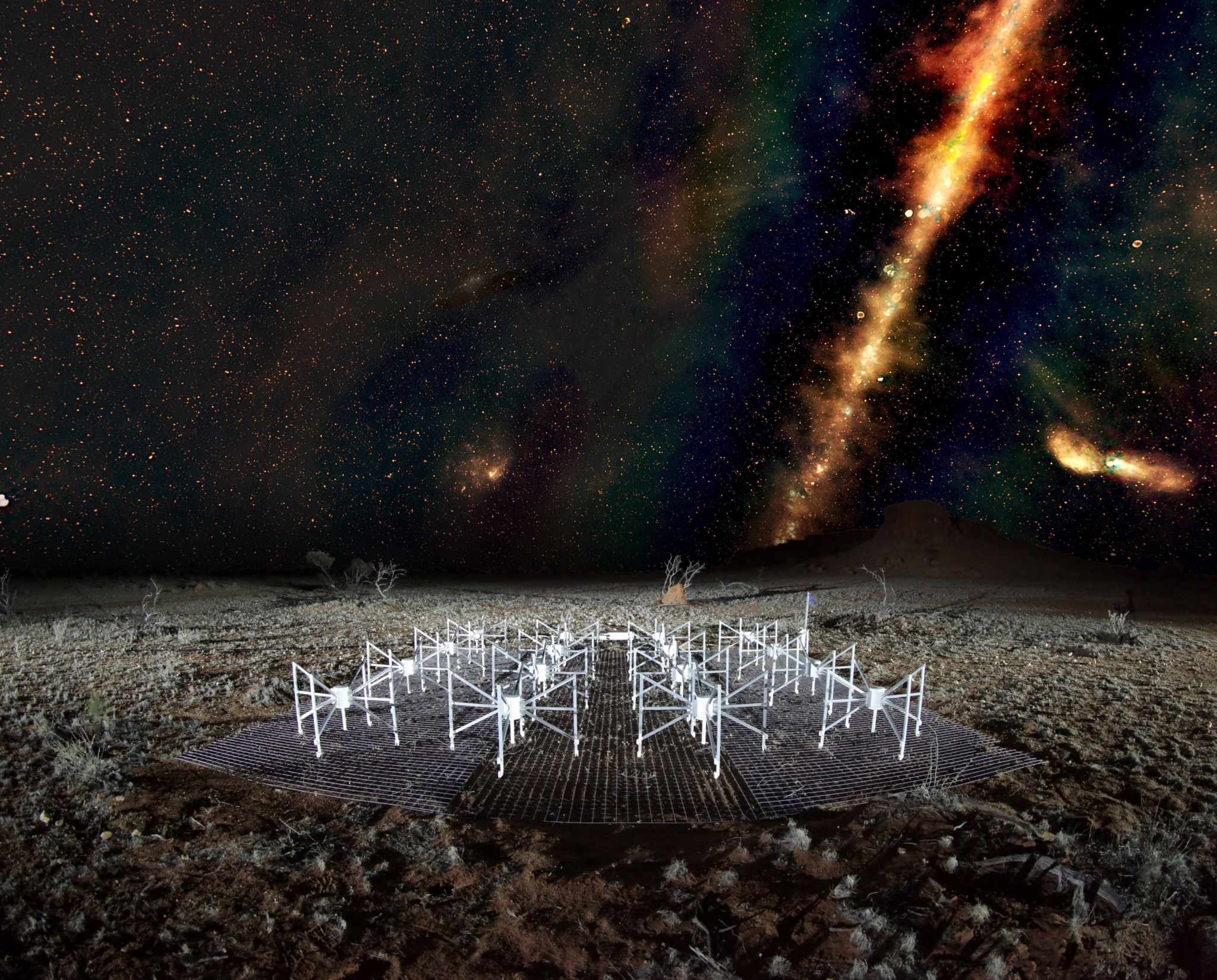 A ‘radio colour’ view of the sky above a ‘tile’ of the Murchison Widefield Array radio telescope, located in outback Western Australia. The Milky Way is visible as a band across the sky and the dots beyond are some of the 300,000 galaxies observed by the telescope for the GLEAM survey. Red indicates the lowest frequencies, green the middle frequencies and blue the highest frequencies. Credit: Radio image by Natasha Hurley-Walker (ICRAR/Curtin) and the GLEAM Team. MWA tile and landscape by Dr John Goldsmith / Celestial Visions.

The GLEAMOSCOPE is an interactive tool developed by ICRAR to let you see what it would look like if you were lying out in the remote West Australian desert on a clear night looking up at the sky with your super-human eyes capable of detecting radio waves, microwaves, x-rays or gamma-rays.

You can also view the GLEAMOSCOPE on desktop here.

To create the GLEAM survey researchers had to painstakingly compile together more than 45,000 images of the sky comprising nearly half a petabyte of data. The survey, now freely available for anyone to access, can now be used to explore the collision of galaxies, explosions of massive stars or the birth or deaths of supermassive black holes.

Completing the GLEAM survey helps to map the sky that the international Square Kilometre Array (SKA) radio telescope being built in Australia in the coming years will be looking at in deeper detail.

“Radio telescopes like the MWA allow us to see bits of the universe that our eyes and other telescopes aren’t sensitive to,” says David Gozzard, a PhD student working on the SKA.

“Surveys like this are extremely useful to astronomers. They have the potential to uncover new discoveries, and new science. This is a stunning result, and gives us a small taste of what the SKA will offer us in a few years time.”

Ben Lewis
Ben Lewis is the Editor of Australia’s Science Channel, and a contributor to Cosmos Magazine. He has worked with scientists and science storytellers including Jane Goodall, Dr Karl, Brian Cox, Chris Hadfield, Robert Llewellyn, astronauts, elite athletes, Antarctic explorers, chefs and comedians. Ben has also been involved in public events around Australia and was co-writer, producer and director of The Science of Doctor Who, which toured nationally in 2014 in association with BBC Worldwide Australia & New Zealand. Want more Ben? You can hear him on ABC and commercial radio in Adelaide, regional SA, across NSW, and the ACT. He also speaks at universities around Australia on communicating science to the public. Around the office he makes the worst jokes known to mankind.